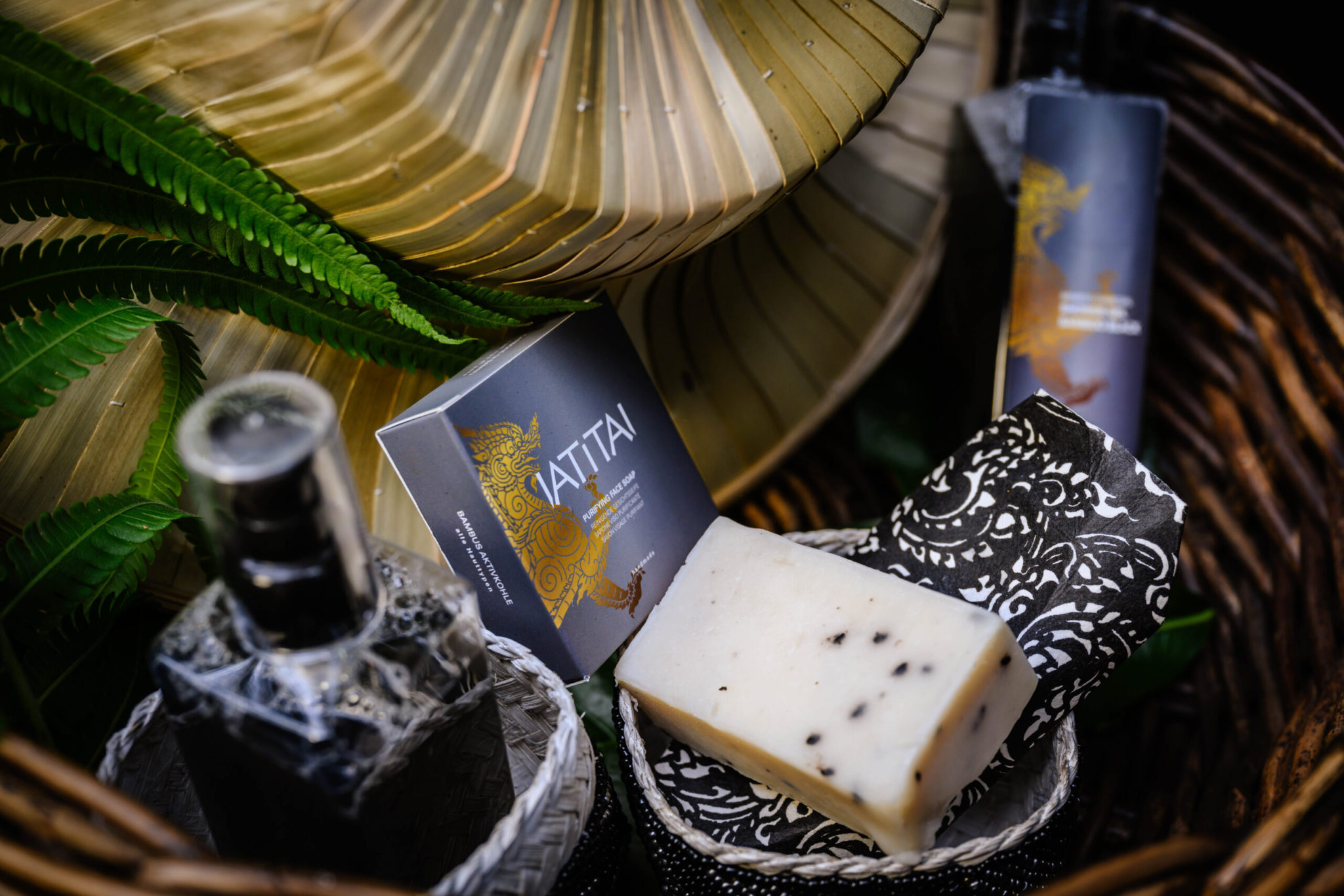 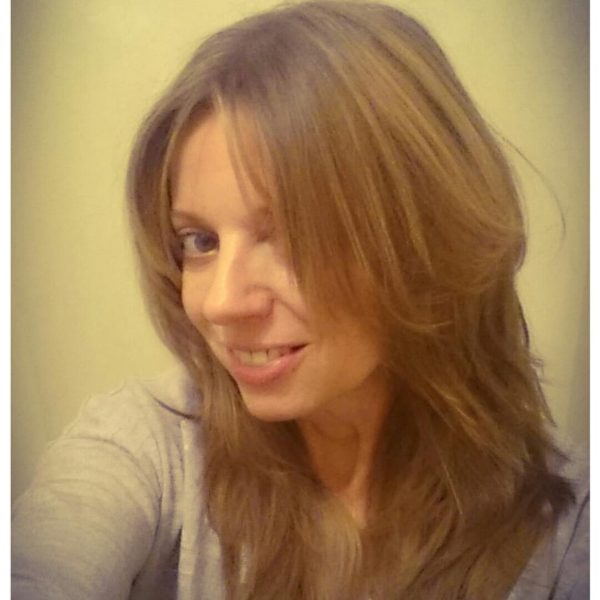 Interview with Angi Aicher, blogger and active in the beauty industry for over twenty years.

As a make-up artist and hair stylist, she has made up celebrities, models and countless customers. As a trained pharmacist, she has also been working for years as a consultant for one of the most exclusive perfumeries in Germany, working with all the top international niche brands and gaining small, fine, insider tips directly from the manufacturers.

And: She is one of the biggest soap fans we have ever met.

Angi, why does soap have such a negative image?

Until the 70s there was only soap. At every sink there was a bar of soap, for the bathtub there were soaps on a cord. Since people did not wash as often or as intensively then as they do today, it was not an issue that soap could possibly dry out or irritate the skin. At the beginning of the 80sthings started to change with SebaMed. I was friends with the daughter of a dentist and the surgeries were flooded with it to give them the medical touch. Then the concern about the ‘acid mantle’ (a naturally occurring protective acidic coating for the skin) appeared. Acid Mantle has a pH 5.5, meaning its quite acid. Babies have a much higher pH value after birth. Up to 8.5, the pH of the amniotic fluid. In the 60s, the pH of the skin was probably around 6.0 (slightly acid). By the way, that’s exactly the ph of my skin.

There are big differences in the quality and also in the pH-value of soaps, but the marketing campaigns were very successful in portraying soap as unhealthily alkaline, even wicked, and since then there is almost panic in worrying about alkaline soap. Of course you should not wash your face or even your hands with cheap industrial soap now, but good quality soap is a different matter. But in the 1950s, for example, Erno Lazlo became the darling of Hollywood with his soap cleaning, while Audrey Hepburn raved that he saved her skin. Lazlo introduced what is now called ‘ Double Cleanse ‘. Oil to dissolve dirt and make-up, and soap to wash it off. That’s how I got into soap cleaning. But I quickly used natural oils and organic soap. My skin, which was still plagued by rosacea at that time, has improved considerably with Dudu-Osun (soap made from ash and shea butter) or Aleppo soap (made from olive oil and with laurel oil).

Why do so-called syndets, i.e. the liquid or solid soap-free washes, have such a positive image?

Today, every dermatologist seems to believe unquestioningly in a pH-value 5.5 for soap. What should people think then?

Does soap dry out the skin?

Every washing-active substance, soap or not, dissolves fats from the skin in some form. The syndets are mostly still based on sodium lauryl or laureth sulfate, SLS, which are great degreasers. They can be used to remove oil and silt from ship hulls and garage floors. Cocobetaines are milder, but they have been associated with allergies. Many emulsifiers and a little bit of re-fattening substances are added to Syndets. Soap already contains all that. Soap is made from oils and fats that are saponified with lye. Among other things, glycerine, one of the best skin care products of all, is formed in the process. Glycerine binds moisture. Good soaps also contain other oils that have not been saponified. Yes, the cleansing effect of soap is also based on the fact that fats and the dirt contained in them are dissolved from the skin, but at the same time it already cares for the skin with its components and provides fat and moisture back to the skin.

Short answer: No, there are studies on this. Bacteria do not stick to soap. And since Corona we know that soap dissolves the lipid shell of viruses and can destroy them.

How can you travel with soap?

I recommend tightly closing metal tins for travel. There are also soap bags made of sisal or similar, in which the soap can dry in the wash bag without getting the wash bag wet. I clearly prefer this to shower gel which can easily leak out in the suitcase.

Angi, why do you only use soap? For everything?

I started my pharmacy apprenticeship in 1985. There were at that time only very sporadic skin problems with Rosacea, dermatitis, eczema, etc.. Now every third customer has skin problems! Years ago, before I used soap more exclusively, I always had eczema in the crook of my arm in winter. What has changed over the years? Yes, we wash much more than we did, and we may overdo it, and that may contribute to this change. But the theory which I find convincing: our bodies are all perhaps so over-acidified by our lifestyle with a lot of alcohol, animal products, coffee and stress. We need to get rid of this acidity which we do, in part, by sweating. As a result our skin could also have become more acidic. There are doctors who share this view.

Is it really like that? Our skin barrier is more permeable than we think and probably more than we would like. If this theory is correct wouldn’t it be absurd to want to wash off acid with something acidic? Wouldn’t that cause more irritation? Wouldn’t it be more logical to use an alkaline cleanser, which by the way is expensive to buy in health food shops in the form of special washing lotions? Or to use a soap which is naturally alkaline? I’ve switched over to soap and have no more eczema. However, if I use make leading syndets I literally tear my skin open after washing my hands twice. If I use liquid ‘soaps’ (which are not soaps at all) I must ALWAYS apply cream to my hands. Not so with soap. Good soap. Hand-boiled. Or over-fatted doctor’s soaps, which contain, for example, beeswaxwhich acts as a protective film for the skin.

And then there is the microbiome. Apart from the fact that soap has antibacterial, antiviral and antifungal effects, our very own mix of microbes, mites etc. on our skin has become adapted to saponins for thousands of years. Even the first Stone Age people probably knew soap. What if we have so many skin problems because all these syndets with their emulsifiers and preservatives might offend our little roommates? It’s worth thinking about it. In the end soap is the best product for me. 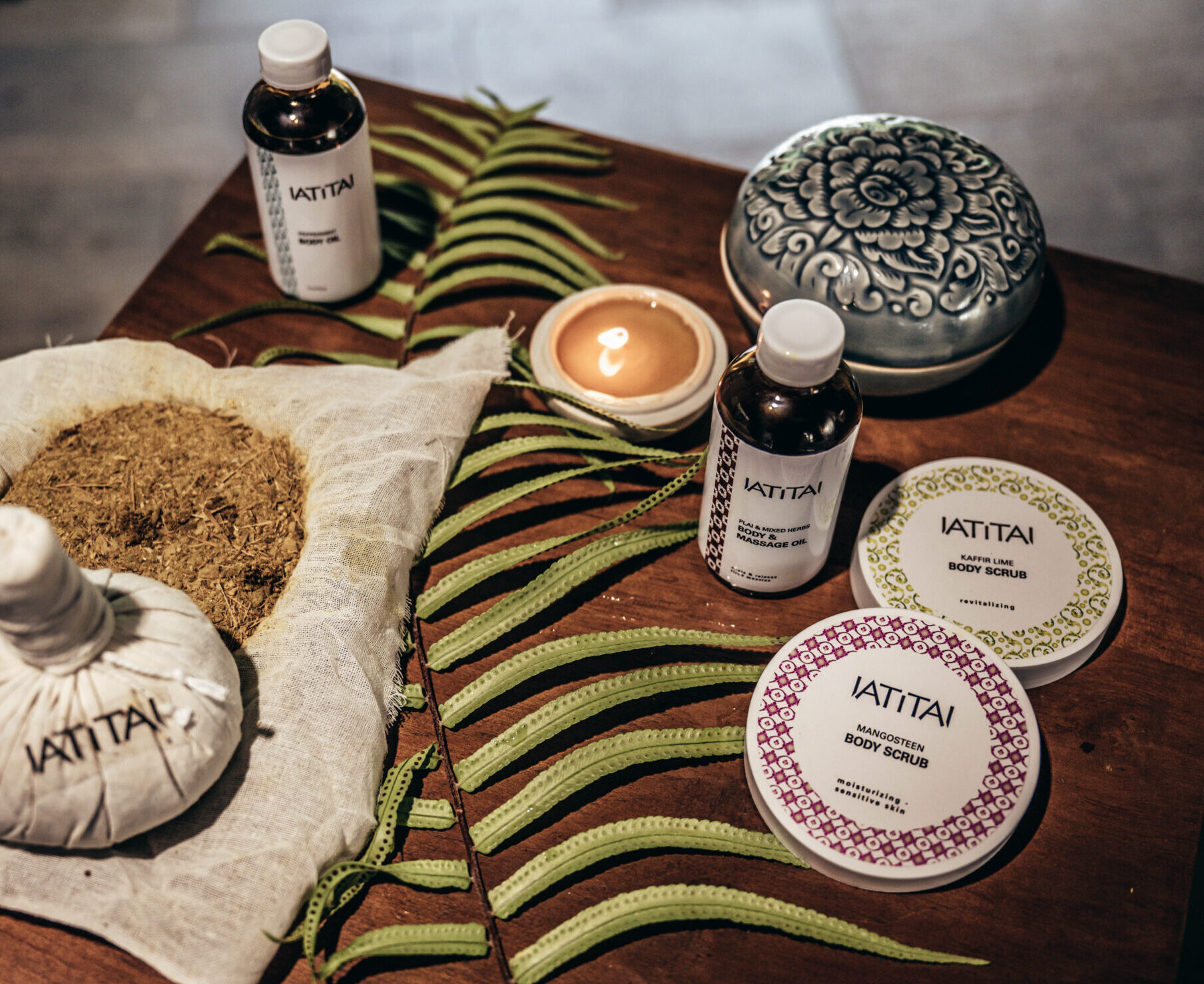 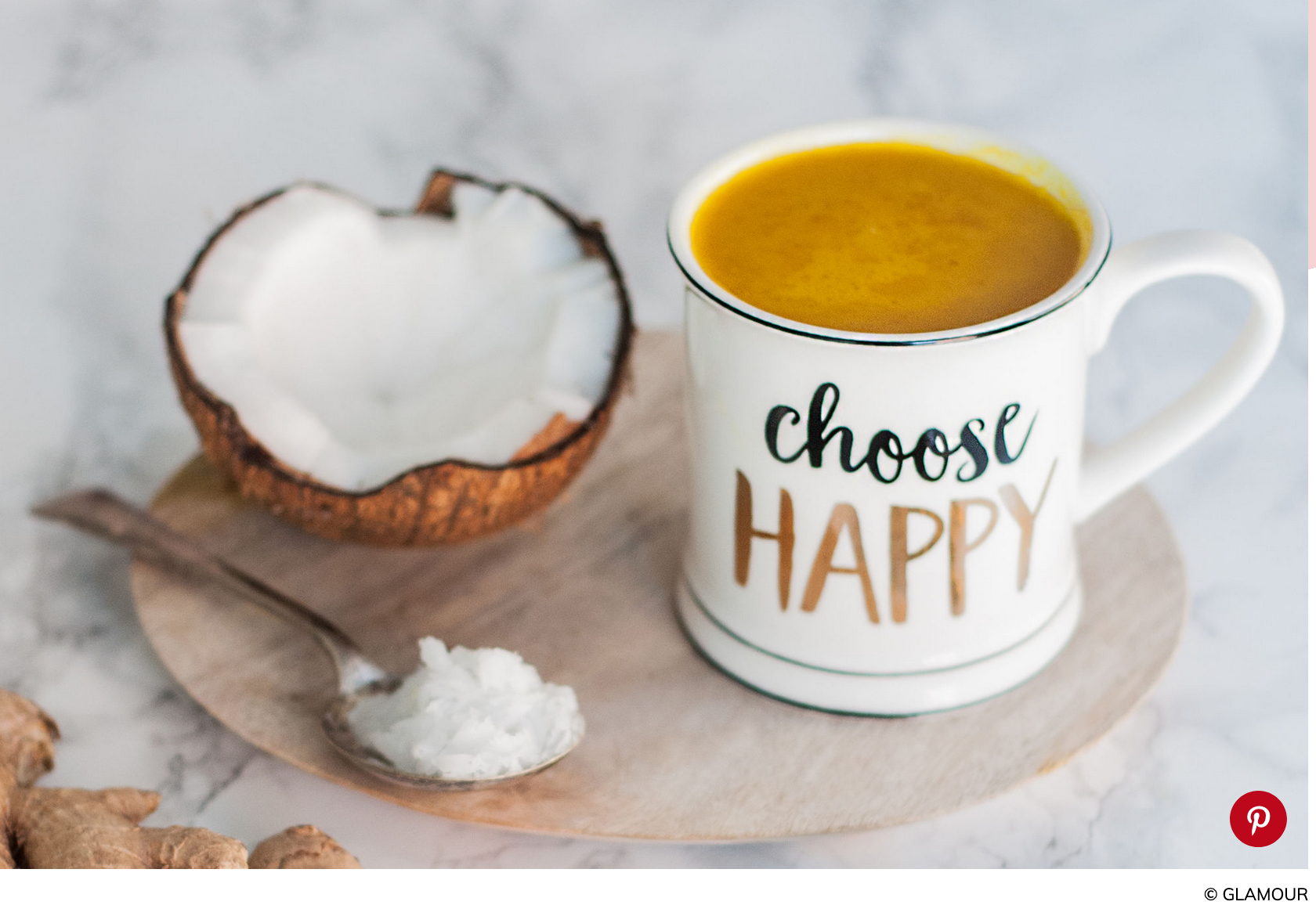 “GOLDEN MILK” AND THE HYPE ABOUT TURMERIC 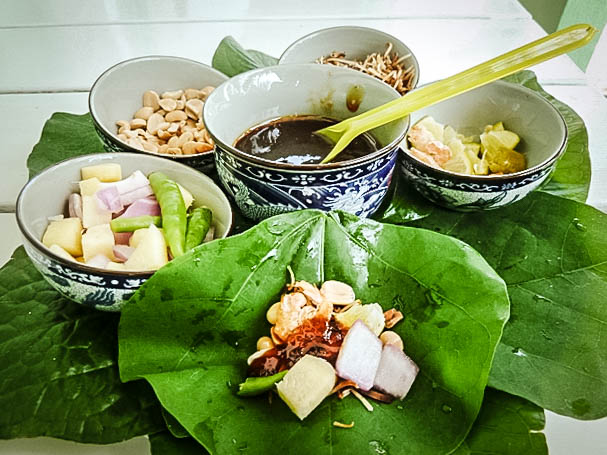 Rock ‘n’ Roll in your mouth 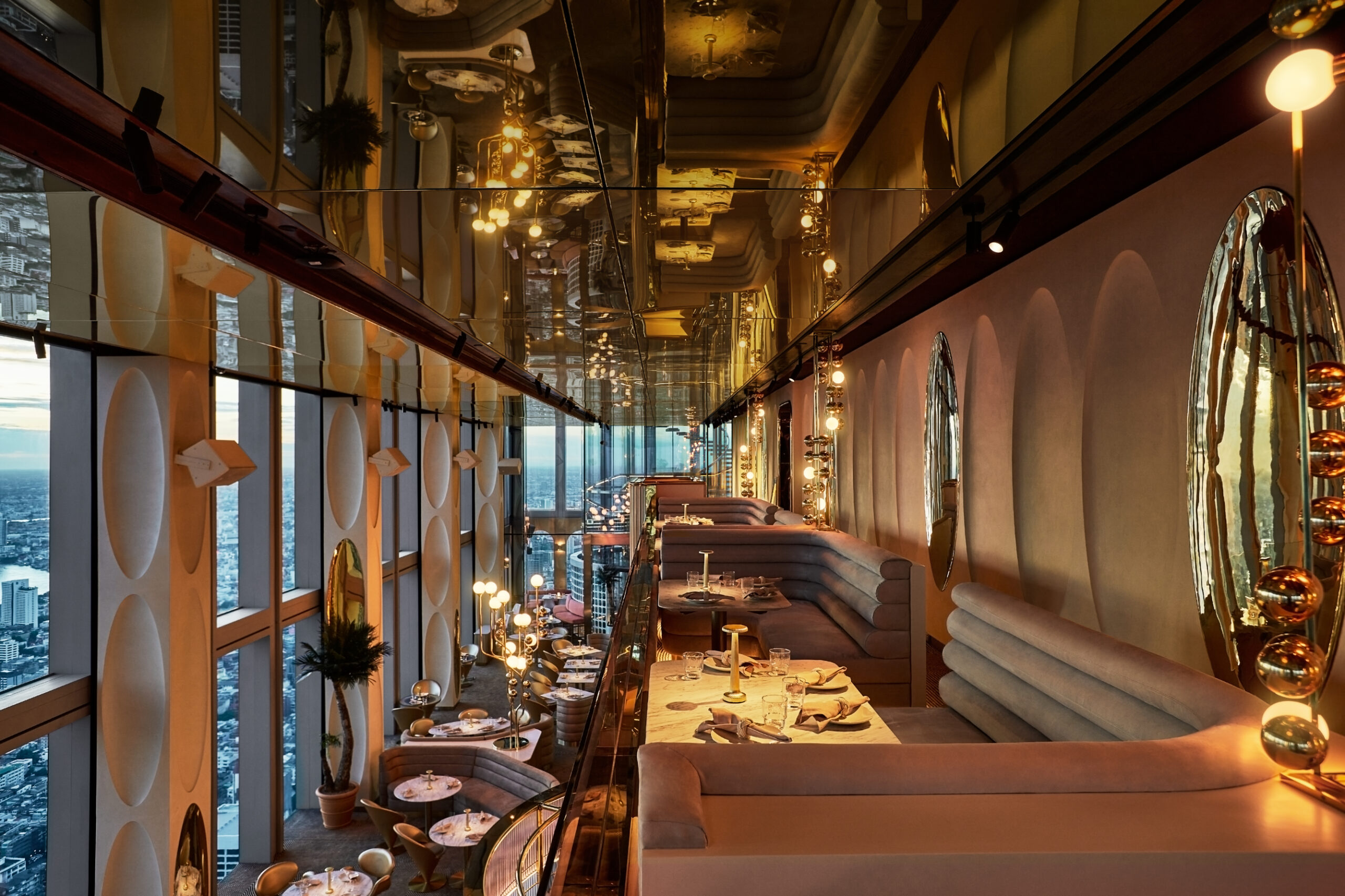 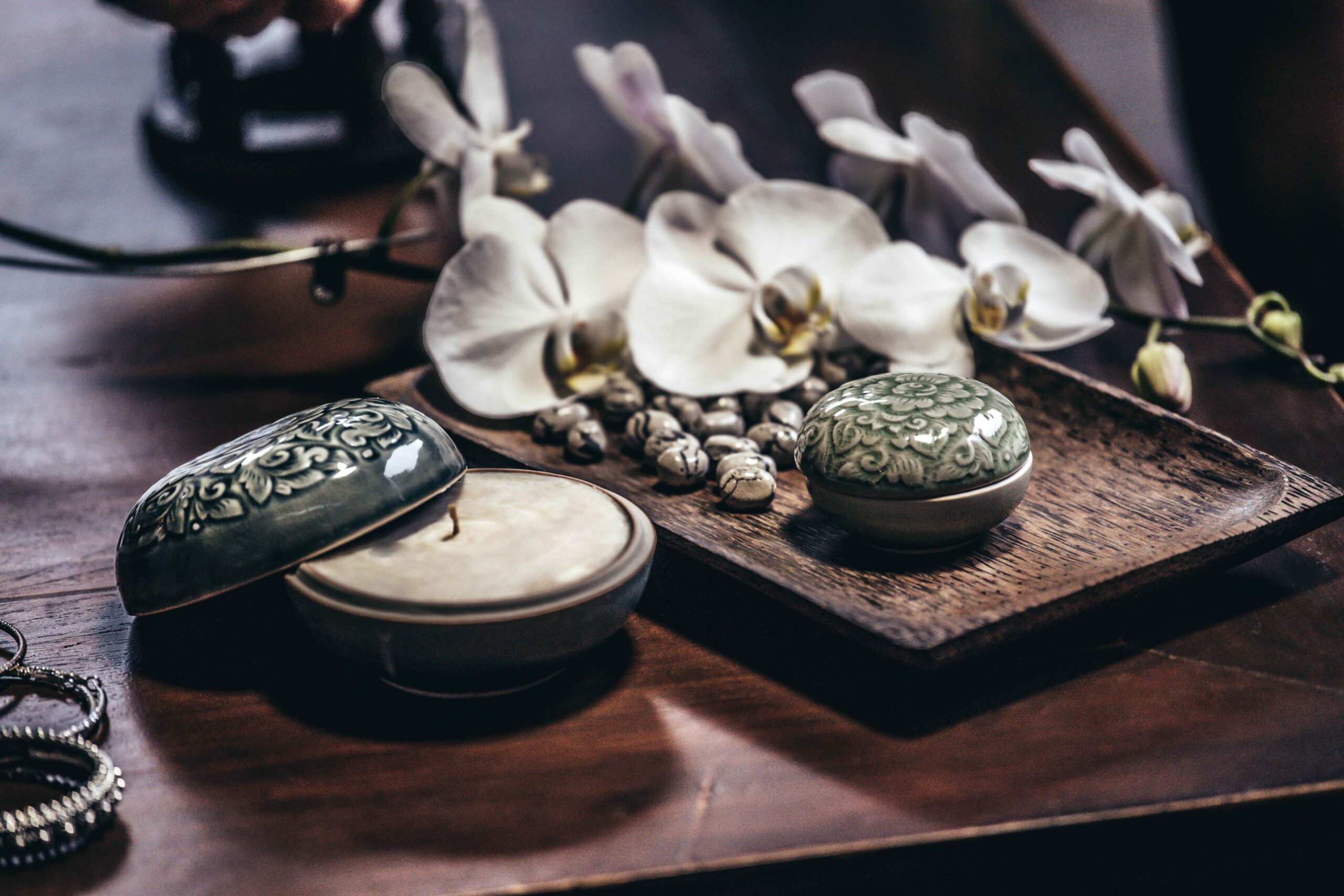 Portrait: Nicole Dechow and 3 tips to love yourself

Colours of the Sea in your bathroom 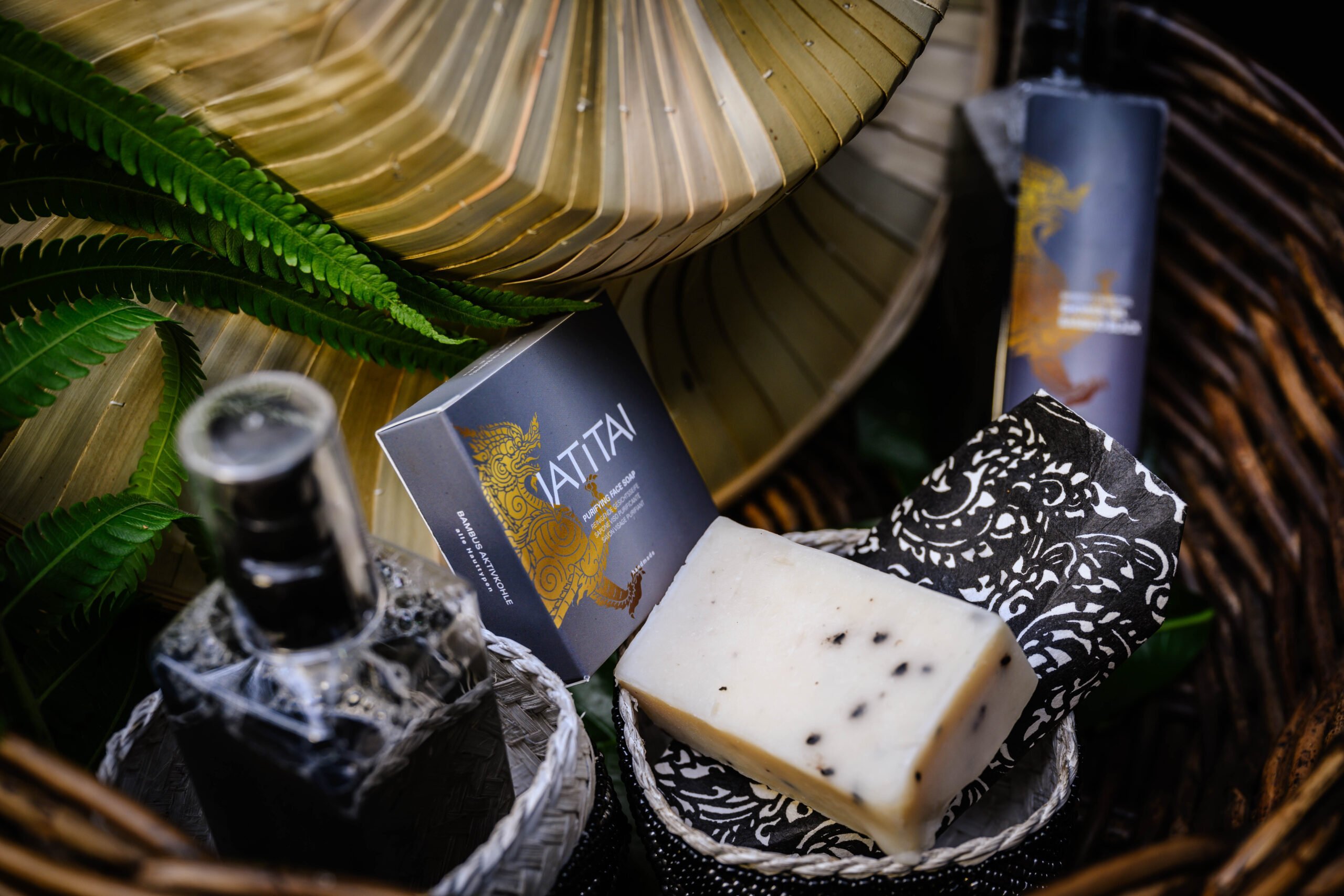 Interview with Angi Aicher, blogger, active in the beauty industry for over 20 years. Why ...
Read More